We Appreciate all our Donors worldwide.
20+

Khair Un Nass the name that really means welfare of humanity. Khair Un Nass started its work in December 1987 and traveling different phases of its journey now holds vital place in the welfare organization of its district (Jhelum). We were registered in 1995 with directorate of Social welfare Punjab. Working in three directions we hit our targets according to desired goals.

To Promote community Development by facilitating them with better health care, Family Planning,Education, vocational training as well as.

Khair un Nass Tanzeem is practicizing its moto the welfare of Humanity . We since 1987 has kept the flag raised given to us our elders. We seek happiness in serving the maginalized . We believe to serve keeping people esteemed, empowered and sustainable . 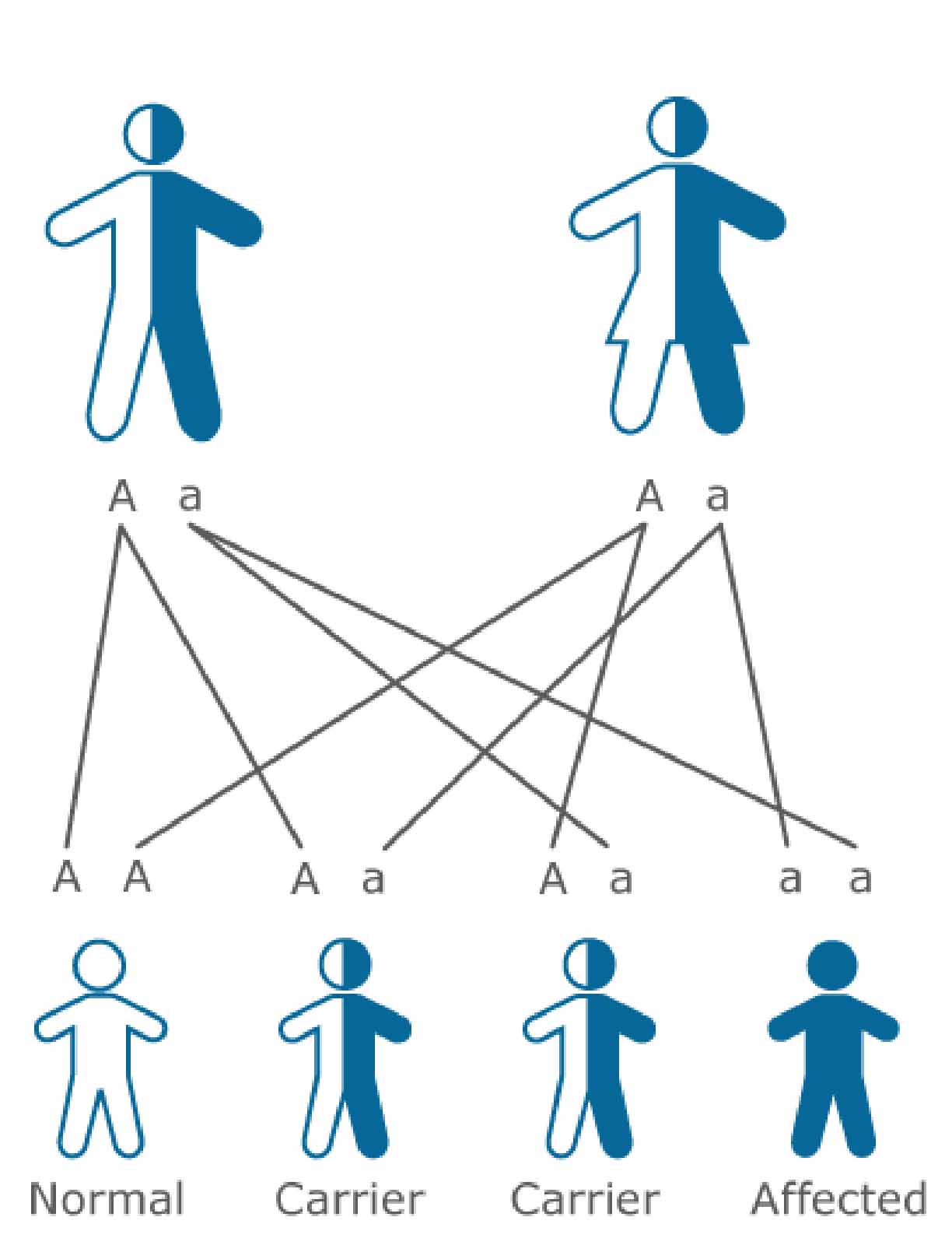 The Lesemia Screening Project : Screening is a way of finding out if people are at higher risk of a health problem, so that early treatment can be offered or information given to help them make informed decisions.
Read More 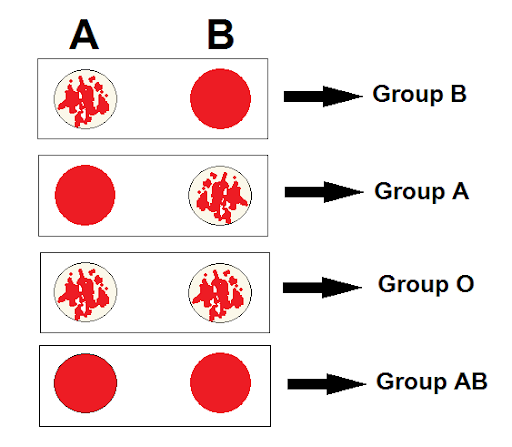 A blood type is a classification of blood, based on the presence and absence of antibodies and inherited antigenic substances on the surface of red blood cells. These antigens may be proteins, carbohydrates, glycoproteins, or glycolipids, depending on the blood group system.
Read More 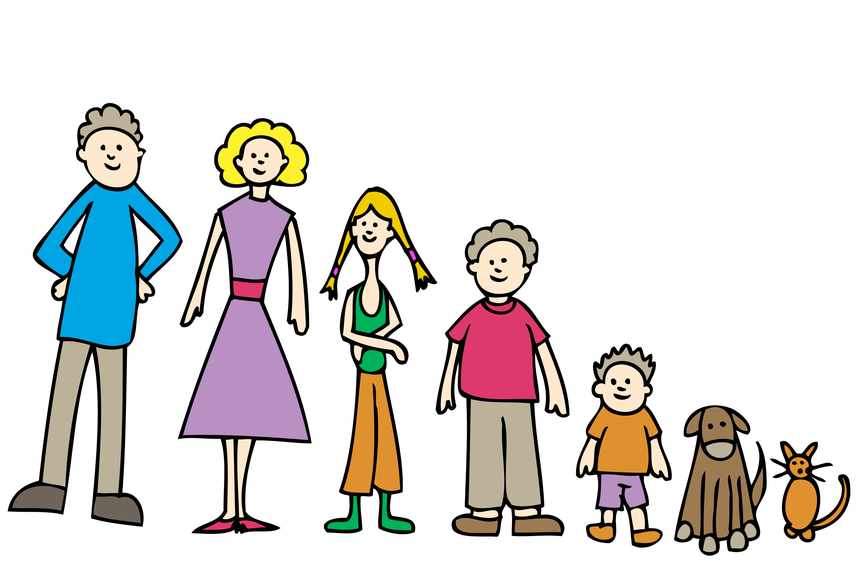 The World Health Organization (WHO) has identified birth interval length (the period between two consecutive live births) as a critical determinant of child mortality risks, recommending that women space their births between three and five years apart to reduce health risks to children and mothers (WHO 2007)
Read More 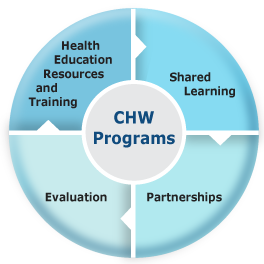 Community Health Education is the study and improvement of health characteristics among specific populations. Community health is focused on promoting, protecting and improving the health of individuals, communities, and organizations. You will learn to positively influence the health behavior of individuals, groups, and communities while addressing lifestyle factors (i.e., nutrition, physical activity, sexual behavior and drug use) and living conditions that influence health.
Read More 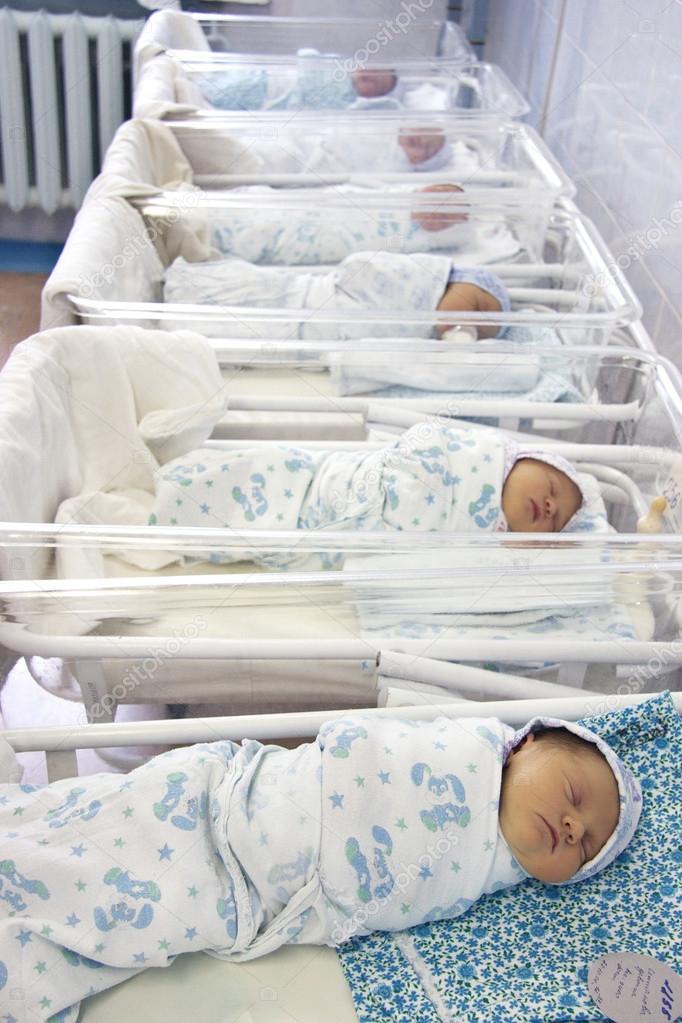 The Strong Start for Mothers and Newborns initiative, an effort by the Department of Health and Human Services, aimed to reduce preterm births and improve outcomes for newborns and pregnant women. On February 8, 2012, the Centers for Medicare & Medicaid Services announced the two strategies of this initiative to achieve these goals. The first was a public-private partnership and awareness campaign to reduce the rate of early elective deliveries prior to 39 weeks for all populations. The bacteria usually attack the lungs . But TB bacteria can attack any part of the body such as the kidney, spine, and brain . If not treated properly, TB disease can be fatal . TB disease was once the leading cause of death in the United States .
Read More 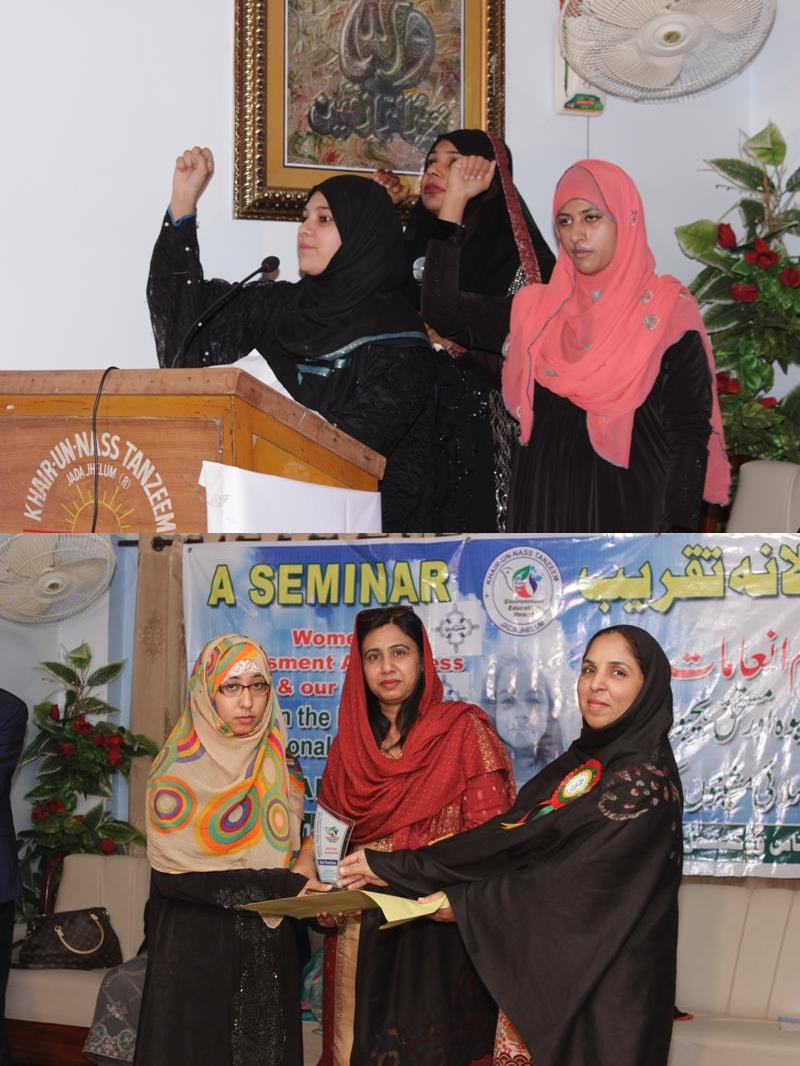 Vocational Center is a permanent project of Khair un Nass. Vocational Center was established on December 1, 1999. The purpose of this project was for the welfare of women. It is very important for women to be skilled. This project is a success. This year, more than 100 girls and women have received technical education from the Vocational Center. At present, 30 girls are studying. Deserving girls and widows are given free education It was included in our future to build new vocational schools in
Read More 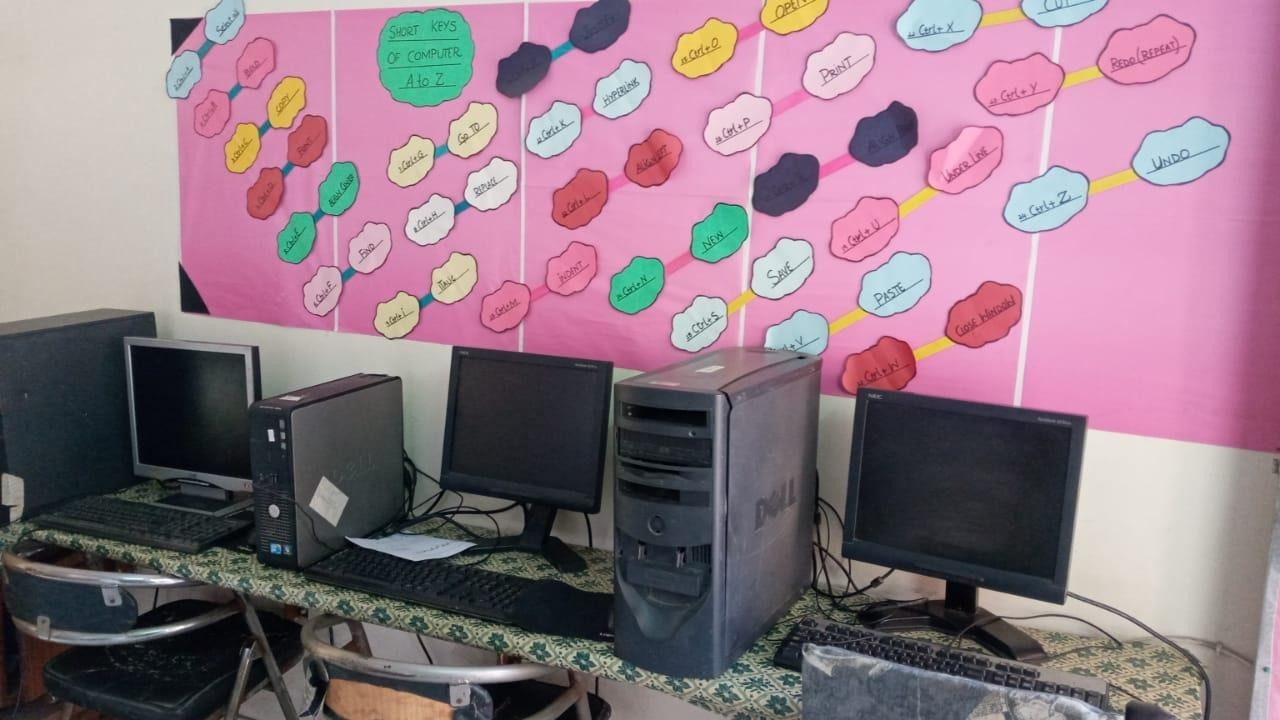 The Computer Center is also a permanent project of Khair Un Nas. It was established in the year 2000. This project is being run on the basis of Affat No Loss. This year more than 50 students learned basic computer.
Read More 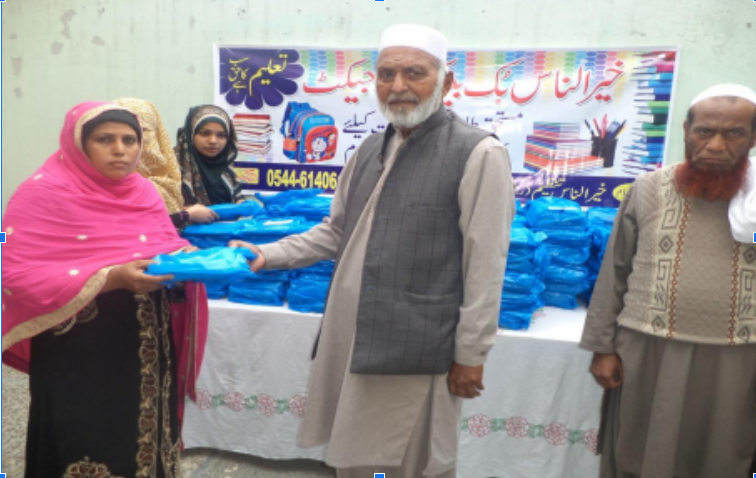 Book Bank is a permanent project of Khair un Nass which was started in 1990.  Under this project, books, copies and uniforms are provided to the poor and  deserving students of the area for their education. Resources are required to run  this project on a permanent basis. For this Purpose Volunteers of Khair Un Nass  Tanzeem collect hides from house to house instead of celebrating Eid –u-l Adha. Under this project, warm jerseys are also provided to poor students in winter. For some time now, the Punjab government has been providing only free textbooks  till matriculation. Apart from copies and uniforms, poor and deserving students  who are studying in their private schools are also being provided with books.  Beneficiaries of this project Students are among the most successful citizens of  Pakistan after completing their education. On the eve of Pakistan day 23 March 2021 khair un nass going to organize a football match that will between Two best teams of Jhelum . 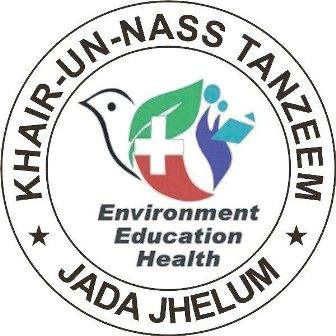 International women's day awareness program that will be held on 6 march 2021. 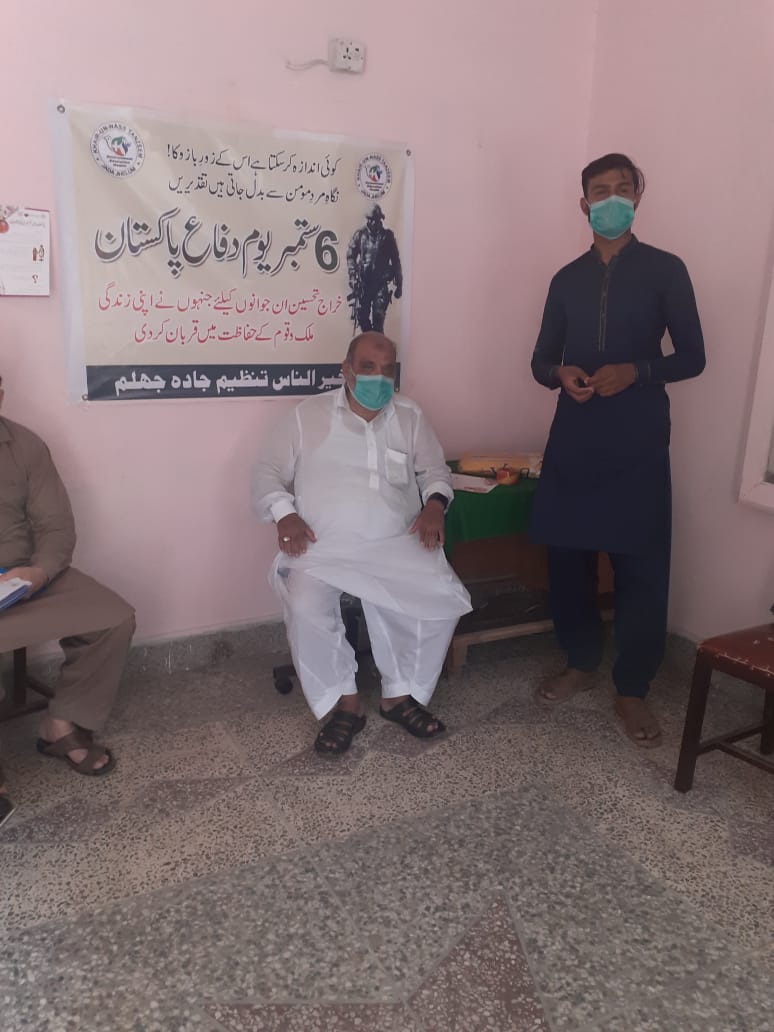 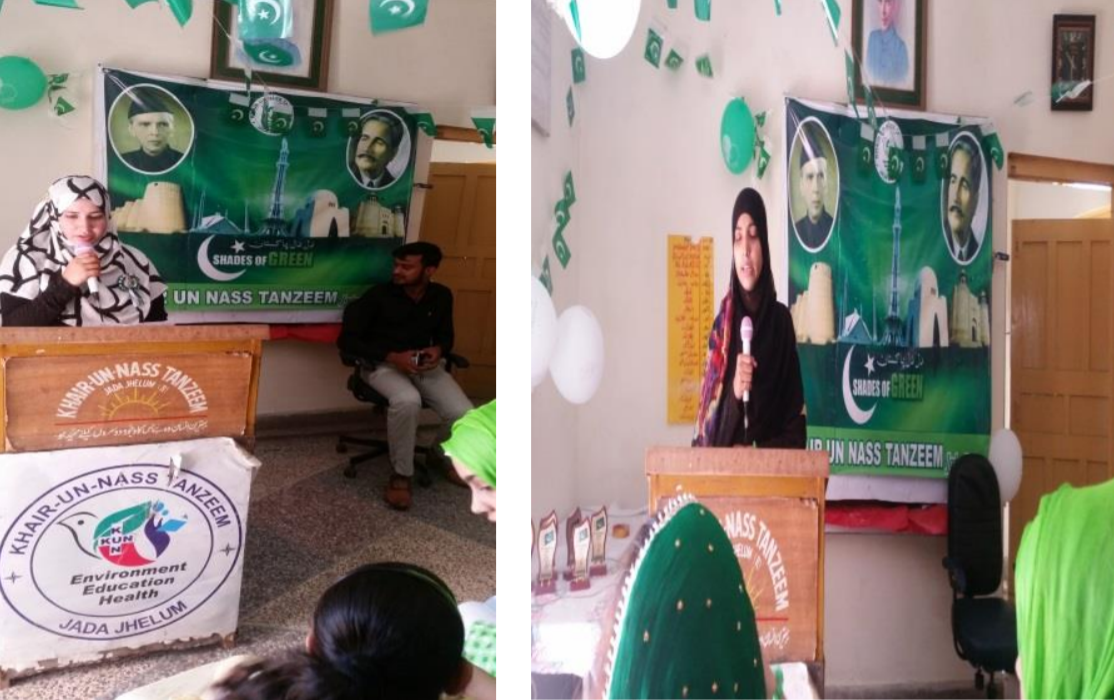 Khair un Nass is Known for its youth oriented activities .We Believe that sports
and extracurricular activities are necessary for development and being
positive.The organization arranges different type of youth activities on 14th august
every year. 14th August 2020 khair un Nass Tanzeem organized an event in
Vocational Center.Students Of Vocational center participated in speech and
National anthems. At the end of event Prizes Were distributed in students. 16 days of Activism on Violence Against Women

Events
16 days of Activism on Violence Against Women
Background
The 16 Days of Activism Against Gender-Based Violence is an international campaign originating from the first Women's Global Leadership Institute coordinated by the Centre for Women's Global Leadership in 1991.
It commences from November 25- International Day to end Violence against  Women and goes till December 10-International Human Rights Day. These dates were chosen by the participants of the Women’s Global Leadership Institute to symbolically link violence against women as a violation of human rights.  This 16-day period also highlights other significant dates including November  29, International Women Human Rights Defenders Day, December 1, World  AIDS Day, and December 6, which marks the anniversary of the Montreal  Massacre.
Every year the campaign is carried out at international, national and regional  forums by individual and groups to call for the elimination of all forms of  violence against women by:
• raising awareness about gender-based violence as a human rights issue  at the local, national, regional and international levels
• strengthening local work around violence against women • establishing a clear link between local and international work to end  violence against women
• providing a forum in which organizers can develop and share new and  effective strategies
• demonstrating the solidarity of women around the world organizing  against violence against women
• creating tools to pressure governments to implement promises made to  eliminate violence against women
Introduction
Khair un nass Tanzeem organized Two events under the 16 Days of  Activism Campaign from 25th November till 10th December 2020 with the  support of Men Engaged Alliance secretariat Pakistan Shirakat partnership for development. The overall agenda of the campaign was to create  awareness about gender-based violence, provide forum for sharing of  insights from other organizations and individuals, engagement of Govt  official and youth and CSOs to advocate for elimination of gender-based  violence. Where ending GBV remained the broader theme, the Campaign  focused on Prevention of GBV
• Targeted outcomes:
• The aim of keeping a specific theme was to set up priorities and focus for the  Campaign in order to achieve effective outcomes. The Campaign created  awareness about GBV. Participants including youth, journalists, CSO  members, activists, Govt official and the public in large was made aware of  the Gender Base Violence.
• Secondly, Govt official who were part of the Campaign were also involved  and strategies to advocate for gender Base Violence.
• .Thirdly, the Campaign provided forum where organizations working for  GBV came together and strategized efforts for advocacy of Gender Base  Violence. This also helped to strengthen the local networks.
Activity 1: International Human Rights Day
Date: 10th December, 2020
Venue: Sanat zar social welfare Jhelum
Highlights from International human Rights Days

Objective: Engaging policy makers, planners and youth as well as CSOs to review  situation of Human Rights in Pakistan
Detail of activity:
The event was attended by around 50 participants (25 women, 3 transgender and  22 males). The deputy commissioner Jhelum, Rao Pervaiz Akhtar, was the guest of  this seminar. The ceremony was attended by Miss shahida shah, Amjad gondal  advocate, shazia Nayyar advocate, Miss Msomina, Miss Rasheeda Aziz, Inam ul  haq young change maker other guests. District attorney Muhammad Khalid Rana,  deputy director social welfare chaudhry wajid hussain and incharge Darul Aman  Tyyaba Nasir addressed the audience. The seminar gave an opportunity to all  institutions and people of different societies to discuss human rights. Ms. Misbah  Maqdoom advocate discussed historical status and aspects and presented to  participants 30 articles of UN chartered of human rights.
Dc Jhelum Rao Pervaiz Akhtar has said that international human rights day  reminds us of the rights of all human beings that Allah has given to everyone  alike. In the declaration of human rights, all human beings are equal and everyone  has the right to live on the level of equality. As our dear prophet Muhammad  (peace and blessings of Allah be upon him) said. District deputy Attorney Rana  Muhammad Khalid explains the most important human rights articles in the  Constitution of Pakistan. He said that the Constitution giving everyone rights and  freedoms of expression. Pakistan is an Islamic State and according to Islamic law,  everyone has the right to live express religious freedom and most importantly  economic freedom. Madam semi Siddique who was presenting the Transgender  community also expressed in front of the participants. She said it's the very first  time I felt that I am human before that we were treated badly. I would like to  thanks the government khair un nass Tanzeem who allow us to speak about  rights. She also explained that in the pandemic of coronavirus we didn't have  enough food but khair un nass Tanzeem and the social welfare department  provided us food.
Activity 2: Prevention of GBV
Date: 12th December, 2020.
Venue: Al falah Community Hall machine mohallah jhelum Highlights from the Seminar:


Objective: Engaging local community youth civil societies for awareness of GBV  and gender Rights
Details of the activity:
Projection of the 16 days activism (Inam Ul Haq ) Youth activist Legal perspectives  of the GBV (Adv . Women rights Acitist )Islamic perspective of the GBV  (Mrs Shahaida Shah ) women rights worker Transgender Leader (Lubna lal)
The above speakers have highlighted the issue and emphasized that GBV  mitigated only by giving them power to decide to educated and warns them of  their rights All the speakers defined the different perspectives of the GBV .
Mr inam Ul haq highlighted the theme of 16 days of activism and emphasized that  youth motivation awareness and positivity can play their roles to mitigate the  women GBV . The Transgender leader Lubna LAL also threw light on the GBV that  they suffer from in the society . All the audience played their part to highlight the  theme .
Printing of promotional materiel:
Moreover, customized key chains were distributed to the participants of  the seminar
Links to media coverage:
https://www.facebook.com/vojhelum/videos/814132345818940/

Get directions to our Head Office!